10 Reasons You Should Get A Dog, According to Science

Is It Time For A Pet?

Are you thinking about getting a dog? There is absolutely nothing better than a canine companion. While there are plenty of reasons that you should get a dog, it is essential to make sure you are ready for one prior to making the leap into dog parenthood. Dogs are a huge commitment, with most having an average lifespan of around 12 years. A dog owner must be able to give a dog a pleasant life before committing. There are a considerable number of health benefits associated with introducing a furry, fuzzy friend to your home. Here are a few reasons why life is better with a dog. 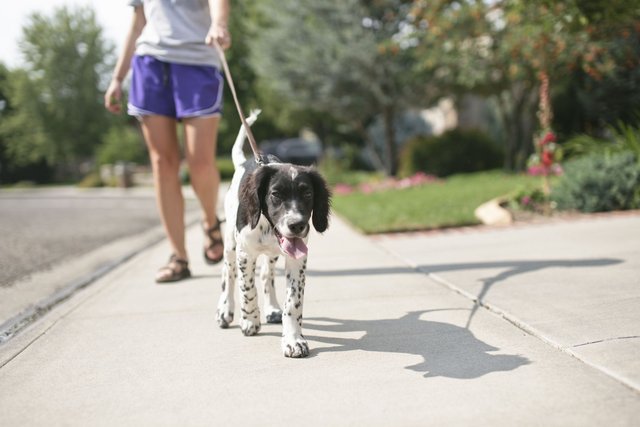 Dog owners are more chill than non-dog owners. There I said it. No- but really, research from John Hopkins Medicine has shown that the sheer act of petting a dog lowers the stress hormone cortisol in the human body and subsequently increases levels of the love hormone oxytocin. Another shocking statistic: Over 84% of PTSD (post-traumatic stress disorder) patients paired with a service dog reported a significant reduction of symptoms, and 40% were able to decrease medications. This stress reducing and mood boosting hormone combination has also been shown to lower overall blood pressure. 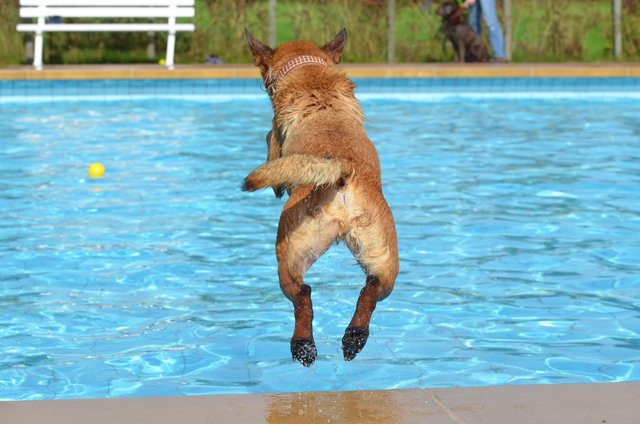 If you are looking for an immune booster, you do not necessarily need a big fancy bottle of supplements. You could simply get a dog. Slightly more work but arguably more rewarding, dogs are an immune booster. In human adults, the consistent exposure to dirt and other fun germ forms commonly brought into homes by dogs has an overwhelmingly positive effect on the human immune system over time. Dogs also boost the immune systems of children when exposed at a young age and can protect them from allergies and asthma. Children who had dogs or other animals in the home during their first three months of life showed fewer pet allergies later in life, at 19% compared to 33% amongst non-pet owners. 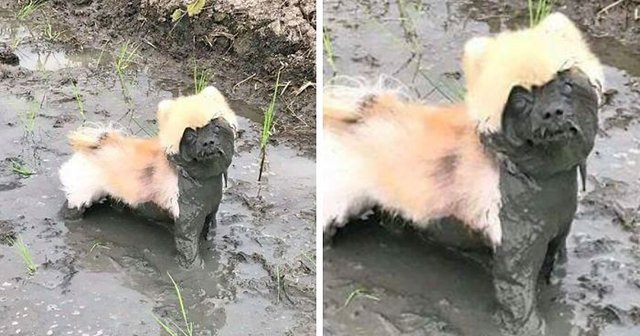 There is a reason dogs are constantly referred to as "Man's Best Friend." Many dog owners reportedly feel that their dogs love them unconditionally. And with the way that dogs create strong bonds with one person at a time, that feeling is probably a fact. Dogs love being around humans just as much as humans love being around dogs. Dogs are also descendants of wolves, who are pack animals. They need socialization amongst both humans and canines to be happy and healthy. Dogs typically form a strong bond with one person- make that person yourself and adopt a dog today! 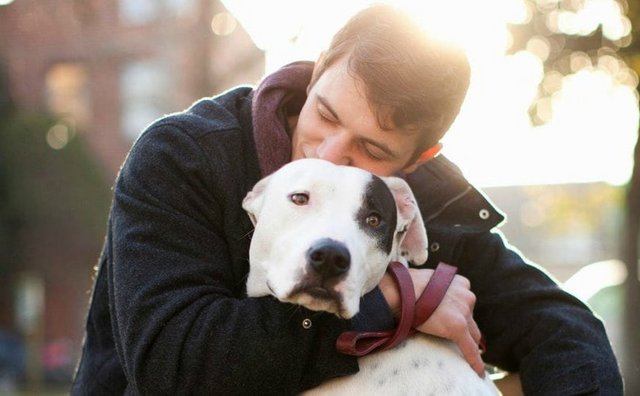 It is not only the title of a movie, and a popular tagline on dating apps- must love dogs is a life mantra. Over half of American households have a dog, equating to 63.4 million Americans. The presence of a cute furry companion is helpful for anyone looking to meet new people or perhaps get a date. As old folklore has said, many partnerships have been formed over a mutual appreciation of dogs. Dogs make for a low-pressure conversation starter and also an excuse to get out into the world. If you are trying to get a date or just make a friend, dogs are great for anyone looking to do more socializing. 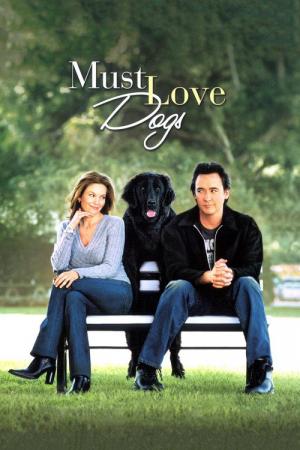 If you are recovering from an injury, owning a dog might speed up your recovery time. Returning to the increase in oxytocin levels associated with dog ownership, this same hormone is also associated with increased bone density and faster healing times in humans. And while this may be slightly off-putting for some, letting a dog lick your wounds can help them to heal faster. Researchers discovered a protein called NGF, or Nerve Growth Factor, in dog saliva, which reportedly heals wounds at twice the rate of wounds not exposed to NGF.

Shocking new studies have come out on dog's ability to sniff and identify disease. For starters, dogs' sense of smell is ten thousand times more accurate than humans. Dogs also inhale three thousand times per minute in very short breaths, allowing all possible odors to be absorbed. During a study done in 2006, five dogs were trained to detect cancer based on breath samples. Post-training, the dogs were able to identify breast cancer with 88 percent accuracy and lung cancer with 99 percent accuracy. They could do this across all four stages of cancer. More recently, a study has shown that dogs can use their highly evolved sense of smell to pick out blood samples from people with almost 97 percent accuracy. While you won't be seeing a dog in a doctor's office near you anytime soon, these abilities are extremely impressive and are also why dogs are so often used as service animals. They can sniff out the early scent of a seizure in people with epilepsy, and they can sense a forming migraine for people prone to migraines. 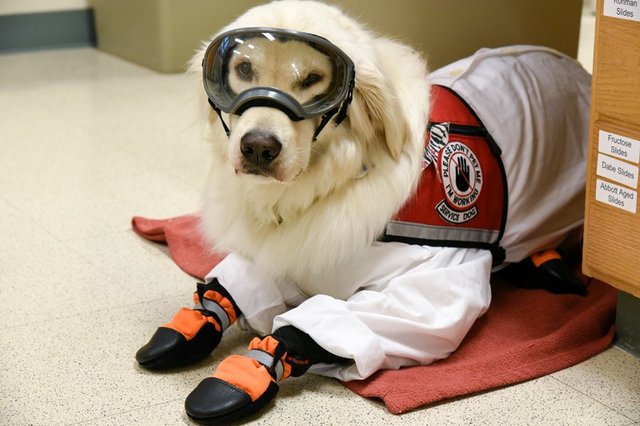 Anxiety and depression are some of the leading mental illnesses affecting people today. Approximately 20% of the United States population, or 40 million people, have an anxiety disorder. While there is no direct cure for anxiety, only remedies, many turn to dogs for help. Dogs reduce stress levels which reduce anxiety levels in people with anxiety disorders. Referred to as emotional support or companion dogs, these dogs simply act as soothing friends for their owners. They function as a source of comfort and a sense of freedom for people who feel they cannot take on the world alone. Dogs also provide a sense of routine for people dealing with depression. While there are a few specific dog breeds recommended for the purpose of a companion animal (think Golden Retriever, Poodles, and Poodle Mixes, Labrador Retrievers, and Cavalier King Charles Spaniels), any dog can be a companion dog. Registering a dog as a companion dog also ensures the dog can go anywhere, including plane rides with you. 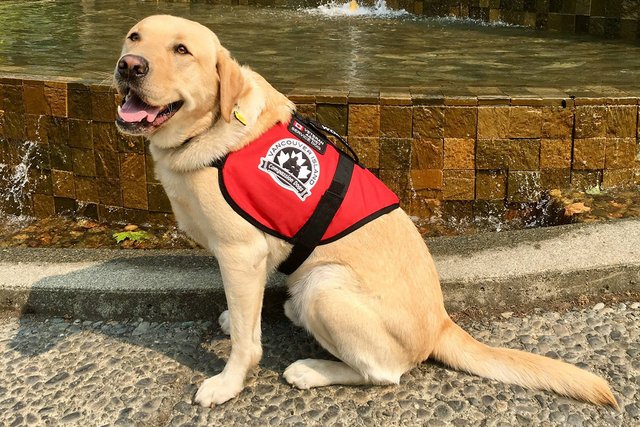 Dogs- A Form of Meditation

Having a dog around also forces its owner to be more present. Dog owners find themselves outside in nature more, and they also self-report devoting more time to activities typically labeled as leisurely.

Pet owners have higher levels of empathy, according to a study done by the Institute of Professional Psychology. Their findings stated that by having pets, one is better able to understand other's feelings and that pets can encourage empathy in an individual. 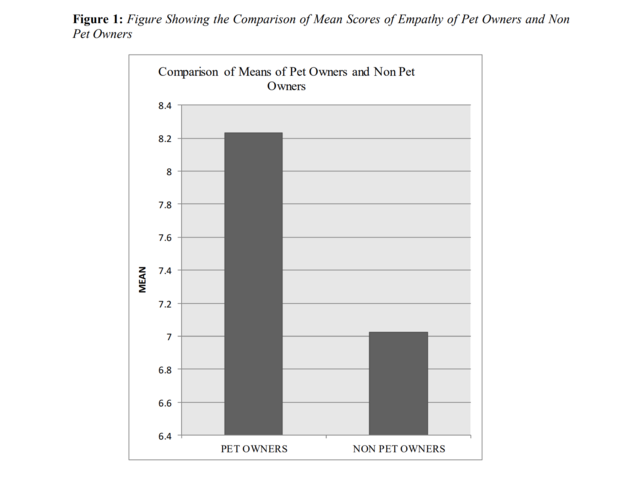 Let the Data Speak For Itself.

After all of this compelling info, it is hard to not want a dog. Luckily getting a dog is an easy process. But make sure you find a dog that fits your lifestyle. If you live in a small apartment without a yard, you should probably get a dog under 30 pounds. If you have a big house with a nice fenced yard, your possibilities are endless. Some breeds, however, require multiple hours of intense exercise per day, like Vizslas, Weimaraners, and Jack Russel Terriers. So if you're not up for a daily 3 hours of exercise, these might not be the dogs for you. There are plenty of dogs that need only minimal exercise per day. However, all dogs (and people) require some amount of exercise to live a happy and healthy life.

Thinking About A Puppy?

If you are considering getting a puppy, you should expect to be up at all hours of the night with your new little animal. They have small bladders and need to relieve themselves every 3 hours. Baby dogs are comparable to human babies in the amount of attention that they need in those first few months of life. While puppies are tons of fun, a young dog makes a great companion too. Dogs are intelligent creatures and potty train within the first few months, so an adolescent dog makes an easy addition to any household. Older dogs are often overlooked but need love too! They are just as friendly as a dog at any other stage of life and are often left alone in shelters. 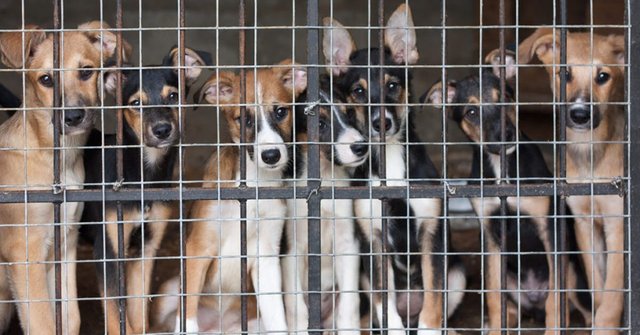 While many people prefer to buy a dog directly from a breeder in order to get a certain color or breed. It is shocking to see how many cute and specialty dog breeds there are in shelters. Shelters end up housing everything from cute miniature Dachshunds to majestic Great Danes. A great new tool for finding animals is Petfinder.com - it allows prospective pet owners to look at all of the available dogs in shelters and rescues in not only their own area but across the country. Shelters also frequently end up with puppies that they receive when doing rescue operations, either from puppy mills or other countries. Check the pet finder website to see what dogs are available near you.